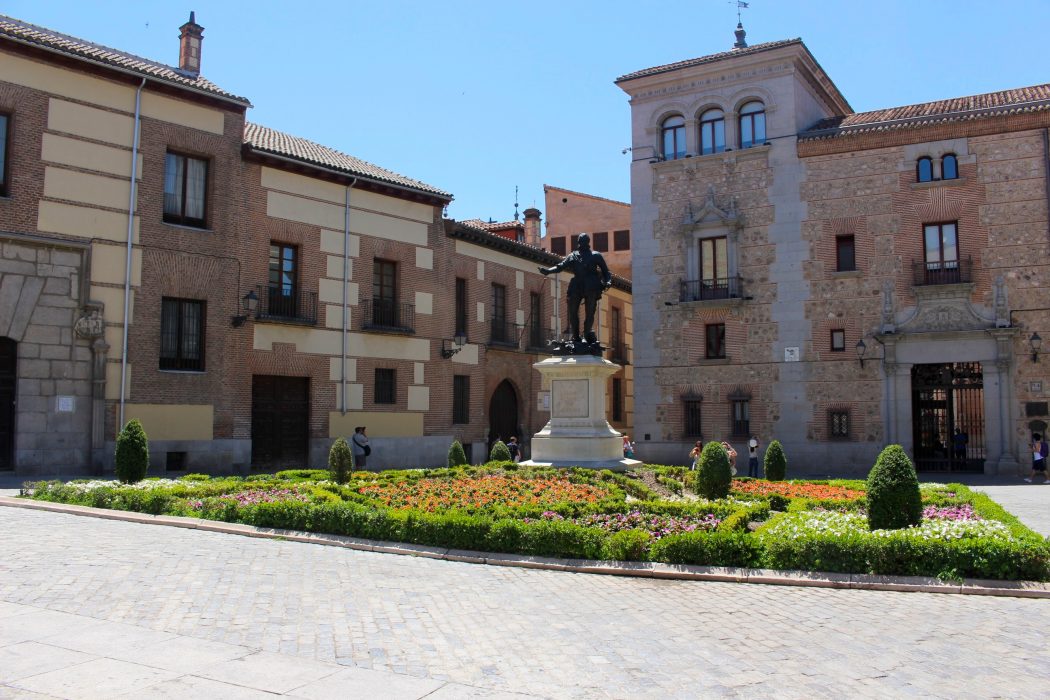 The Naval Museum (Museo Naval) chronicles the history of the Spanish Navy from its infancy to Christopher Columbus and Magellan, to its peak as a world power in the 16th Century, and on to the present day. Our interest is a display in one corner of the vast room dedicated to the time of Spain’s naval preeminence, the 1500’s, This part of the collection features Don Álvaro Bazan (1526-1588), one of Spain’s most accomplished naval commanders – ever. Actually, he is a legend.; they are still naming ships after him to this day.  His career spanned most of the 16th Century during the Spanish Navy’s ascendancy.  Fighting the Ottoman Empire, the French, and the Moors, he was never defeated, either in galleys in the Mediterranean or ships in the Atlantic. His accomplishments are too numerous to mention in this article. However, among other titles, he was referred to as Capitán General Del Mar Océano and as the Marqués de Santa Cruz.

So, why does the CFHS have an interest in the Marqués? Well, we who are descendants of Joaquin Alejandro Bazán and, later, his daughter, Serapia Bazán, and St. George Creaghe are distantly related to him through his great grandfather, Pedro Perez de Bazán. Two of Pedro’s great grandsons were Don Álvaro and his cousin, Don Álonso de Bazán y Castro. Seeing opportunity in the New World, Don Álonso, along with his wife and daughter, went to New Spain as a self-funded Conquistador. It turned out to be a very good investment. In addition to becoming rich, distinguished, and important (albeit on the backs of conquered natives), he established the Bazán line in the New World from which we are all descended. This connection was established by exhaustive research into primary resources over thirty years by Robert (Roberto) Bazán. There is more detail in his comment to the CFHS article “Bazán in the New World” under the Family History tab. This was published just prior to Robert’s death in November 2021.

The area dedicated to Don Álvaro includes a portrait of the Capitán General, a reproduction of his sword, and a model of the galleon San Martin – his flagship at the Battle of Terceira in the Azores,

Interesting story: In the Battle of Lepanto, October 7, 1571, against the Ottoman Empire Navy, Don Álvaro commanded the galleys of the reserve force and saved the day. The name of his galley was La Loba (The She-Wolf). Got to love that name. There was also a young Spanish Marine present at the battle. He referenced Don Álvaro in a book he later wrote: “She was taken by the captain of the Naples galley called ‘La Loba,’ commanded by that lighting of war, by the father of soldiers, for that fortunate and never defeated captain, Don Álvaro de Bazán, Marqués of Santa Cruz.” (Miguel de Cervantes, Don Quixote)

Don Álvaro was advocating for and planning for the invasion of the England of Queen Elizabeth I at the time of his death on February 9, 1588. He would probably have commanded that Spanish Armada.

The plaza is a small square surrounded by three of the oldest buildings in Madrid. At one time it housed the Madrid City Council. In 1888, the 300th anniversary of Don Álvaro de Bazán’s death, a statue of the Capitán General was commissioned. The plaza was chosen for its location because of the intimate nature of the small space. The bronze work was unveiled on December 19, 1891. Don Álvaro is shown holding the grip of his sheathed sword in his left hand and a staff of command in his right. He steps on a broken Turkish (Ottoman) banner. It’s really pretty impressive.

We were not able to visit the Palace given to Don Álvaro by Phillip II in 1869 in Santa Cruz. It is in the La Mancha region, two and a half hours south of Madrid. It looks to be very interesting. Someone should go there and tell us about it.